The Science and Entertainment-Exchange of America’s National Academy Of Sciences
Interview with Prof. Dr. Jeffrey Kahn 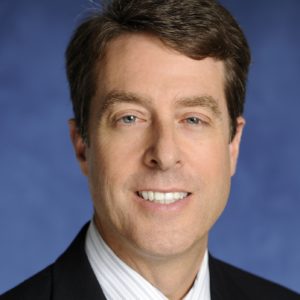 Prof. Dr. Jeffrey Kahn is the Andreas C. Dracopoulos Director of the Johns Hopkins Berman Institute of Bioethics. He is also Robert Henry Levi and Ryda Hecht Levi Professor of Bioethics and Pu­blic Policy, and Professor in the Department of Health Policy and Management in the Johns Hopkins University Bloomberg School of Public Health.

His research interests include the ethics of research, ethics and public health, and ethics and emerging biomedical technologies. He speaks widely both in the U.S. and abroad, and has publish­ed four books and over 125 articles in the bioethics and medical literature.

He is an elected Fellow of the Hastings Center, and has chaired or served on committees and panels for the National Institutes of Health, the Centers for Disease Control, and the Institute of Med­icine/National Academy of Medicine, where he is currently chair of the Board on Health Sciences Policy. His education in­­cludes a BA in microbiology (UCLA, 1983), MPH (Johns Hop­kins, 1988), and PhD in philosophy (Georgetown, 1989).

Can you tell us something about your motivation to work for the Science Entertainment Exchange?
JK: My work is in ethics medicine, ethics of research, ethics in biotechnology. It is a very interesting topic to the public but difficult to understand. And one way for people to have a better understanding of this issues is through entertainment. But only if the entertainment is accurate and is not making controversial issues different from what they might be. We do not want the public to be afraid unnecessarily but we also want them to understand what the issues are.
An important thing as an academic is that our work is understood by the wider public to the extent that that is possible. The nice thing about the SEE is that they match together people from the academic community with people in the entertainment industry.

How do you get involved in the film projects?
JK: I do some work with the National Academy of Sciences, Engineering and Medicine so they know me. And the NAS has a staff trying to match the right academics with entertainment projects. So they reach out to us. If there is a movie or a TV series looking for scientists they call us and try to match us up. We do not get called directly by the entertainment industry. The matches are made by the SEE.
Once in a while there will be projects where they have different kinds of experts together in a room so I would be invited and then a astrophysicist and we will talk to each other which is also very interesting because these are people we would not otherwise interact with from a science perspective. This would be a little bit of a byproduct because it is not intentional but it actually matches together people from the science world who would otherwise not have interaction which is a good thing.

Can you give us some examples from concrete experiences you had working on movies?
JK: It is different every time. For the Dan Brown movie Inferno I got to talk to Ron Howard who made the movie and the writer when they were preparing the script. It was at a quite early stage. It was the same with the work on The Avengers. My part is very small but they tried to make it a coherent story, it must make sense to the extent that movies have to make sense.
In the Avengers’ case it was a story about a genetically modified creature and what are the things we have to consider in the context of genetic technology and its application which is more of a science fiction idea.
In the Dan Brown case there was the ethics problem of a scientist trying to wipe out half of the world’s population with the help of a virus in the space of 18 hours. I am sure they talked to others about the plausibility of the science but they called me in to ask what would be the way for this person to make a coherent argument about why this would be not only ethical acceptable but even a logical argument leading from premises to only one conclusion. It is what we call in English “cull the herd” when there is too big a population and there are not enough predators you need hunters to go in and kill enough animals so that you again have a balance. What would be the moral argument from a human population’s perspective? It was really a philosophical argument.
It was at early stage of the writing so Ron Howard (the director) and the writer shared with me the draft and we had a lengthy conversation. With the Avengers they just called me and we talked about ideas at a stage when they were further along in making the movie.

What do you think was your impact in the process?
JK: I do not take any credit for the movie but especially in the Inferno case they actually called me twice and the second time they also involved the actor playing the scientist. In that case I definitely had an impact.

We already talked about accuracy as a matter of concern for science especially. What do you think of accuracy in a fictional context and what can be accuracy in this context?
JK: This is a very good question. For me science is what scientists can tell me. I have studied biology but a long time ago and in that kind of biology things have changed very much since then. But you want the portrayal of the science to be accurate in regard to the implications. Fiction is not so much about science but about what happens from the science, you want the applications of the science and the implications of that application to be at least plausible. In a fictionalized context you want to be able to say that this is a plausible outcome. In a movie like I am Legend the original problem you want people to think about (like genetic modifications of viruses or a public health crisis through an outbreak) is overshadowed by the outrageousness of the science fiction story. So it is important that the science is accurate enough such that the story is plausible, because you want the implications of what is being portrayed as science fiction to be something that actually makes people think, rather than just entertain them.

What can be the impact of science in movies?
JK: The problem is, people don’t know. The public cannot be relied on to get things right from fiction. Also there is the part where science fiction depicts possible outcomes or even technologies and ideas later to come, a good example being the mobile phone in the Star Trek series. One thing that I have learned from working in the SSE is that the people in the entertainment industry want to get it right – at least most of the time. Unless they sometimes want to portray things that are completely outlandish they usually start from real things and then they want to be accurate. They have an interest in that. They are doing their best to portray what are complex and difficult things.

What do you think about the impact the other way around when filmmakers and fictionalized narratives give scientists the opportunity to contextualize their work with regard to the social responsibilities and the outcomes they might have? And evolving from this the suggestion of a systematical implementation of such a collaboration in a research context? What about science inspired by fiction?
JK: It is a good point. I had conversations with TV people who where developing ideas for pushing things in policies and practice which I have not thought about and making new things. And there is also the use of a fictional context as an intellectual playground for thinking about ethical problems and the impact fictional scenarios sometimes have on the scientists’ thinking. I once visited a robotics lab and they had Isaac Asimov’s Three Laws from “I am Robot” on the wall. And in my field many of us use fiction to try to get students to think in a provocative way and beyond boundaries.

How is the work in the SEE regarded in the scientific community?
JK: Working in entertainment is a challenge for academics, not so much in the science community. Popularizing is not always well received. Although more now than it used to be. Interacting with the entertainment industry does not help you to become a professor. So the incentives are not great. It is not to say that it is disvalued but it is not rewarded. I do say it is a great thing and that you should do it, but I say it should be done in a very careful way.

That said it was a very good idea to create the SEE and to put the collaboration between science and fiction on an institutionalized basis.
JK: The huge amount of credibility of the very prestigious NAS made its endorsement crucial for the SEE. Obviously the SEE can get very senior scientists working with the entertainment industry so I would say there is enough willingness and there is a sense that it is better for the science to be portrayed accurately and issues to be portrayed accurately than not.

In the US you have lots of science driven series and movies and scientists in main roles. Why do you think this is, why is accuracy so important for the entertainment industry in the US other than in Germany?
JK: It is a kind of American Accuracy: We want to be able to believe that what we see is real and true. And the involvement of science helps. The postfactual in politics makes people look for truth in other places, in culture. Maybe we go to the movies to see real facts because in real life we can’t trust that they are real. Science plays a role in the portrayal of something as being true.

What do you think about the potential of fictional works to impact social change especially with regard to gender roles, like for example the CSI effect? In Germany there is a debate going on about this because some people think that it is not right to show things other than they are. And we do not have that many women in science driven jobs so we should not have them in movies and TV.
JK: If we only portray the way things are, than we will only have them the way they are. Fiction is the realm of the possible more than the real. It is possible here and now, even if it is not always factual. We in America still hold on to the idea that people can be anything they want to be. This is not necessary true, but the idea is still persistent and powerful. So we like to portray things as being possible here and now. And possible they are.